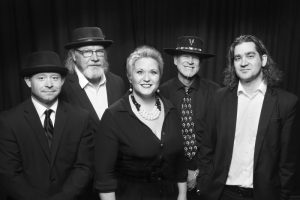 Erin McCawley and her Harrison Street Band know how to entertain and energize the crowd with blues styles from Chicago to Louisiana while putting a little sass in that “Minnesota Nice.” Erin sings with the confidence and soul as if each song was the story she was born to tell and with a voice that seem to rise up from the soles of her feet. Her genuine sense of personal freedom empowers her audience and draws them in to each performance; then with clever lyrics, radiant joy, and raw emotion, she holds them there. She is backed by an incredible band of talented musicians: Tony Houle on Guitar, Robb Stearns on bass, and Bill Whelan on drums. They are often joined by Joey Gagliardi on harmonica, and Paul Wigen on keys. Together, they have released a third album of original music; “Live at A440.” Listen, and you may hear the blues, but you won’t leave with ‘em!”

“A vocalist that grabs your attention no matter where you’re standing. Erin McCawley is one of the best that the Twin Cities has to offer. Then you toss in a stage presence that’s second to none and you wind up with a great night of music that leaves you feeling good. Erin casts a bright positive light.”   ~ Gary Eckhart – Writer For Blue Monday Monthly 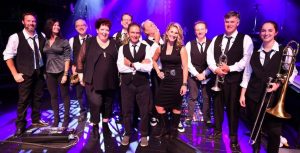 Hip Pocket is a powerful band with striking lead and harmony vocals; a blazing four-piece horn section; and a rockin’ rhythm section!

It’s all about the groove! Along with some Classic Blues Music, Hip Pocket rocks your favorite top 40, R&B, Latin-infusion, jazz, pop, modern, and classic rock hits! From 9 months to 90 years – and every age in between –  Hip Pocket will keep you dancing!

While this Band is a bit of a Detour off the 100% Blues Highway, you will find that most of the Music they play is deeply rooted in the Blues. As we all know Blues is the American Made musical art form that gave birth to Rock N’ Roll, R&B, Jazz, & Country.……. Your Ears will be delighted with what you will hear coming from the stage while Hip Pocket is Playing! 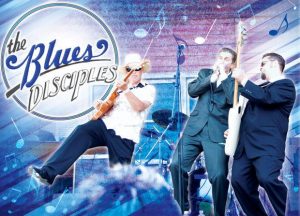 The Blues Disciples have been bringing their Blues to the people of the local clubs in the Milwaukee area and the Midwest region since 1990.  Founded by “Barefoot” Jimmy Schwarz with the intent of remaining true to the influences of the Chicago electric blues era of the ’50’s and 60’s. Influenced initially by the likes of Little Walter, and Muddy Waters, and then directly by Wisconsin Blues greats Jim Liban and Billy Flynn they forged a sound and band that rose to the top of the Milwaukee Blues scene. Their years of powerful shows every week at Milwaukee Blues fixture, The Up & Under, turned a whole new generation on to the Blues genre. Many years and changes have kept their music fresh, and relevant, while still remaining true to their Blues roots. 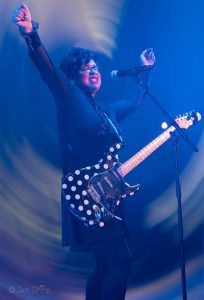 Ivy Ford versatile, talented, an old soul. From singing the blues to being sultry, she is an indigo artist whose gift connects those who are around her and those who listen. Whether leading a full band or serenading a small audience solo on stage, Ivy Ford commands an energy that is most magical.

Ivy is a regular at Buddy Guy’s Legends in Chicago, and we are delighted to bring this very popular artist back to our Blues Café Stage in 2022. If you have not seen Ivy in the past, be prepared to becoming a huge fan of her stage presence, and musical ability. She is truly a star on the rise. 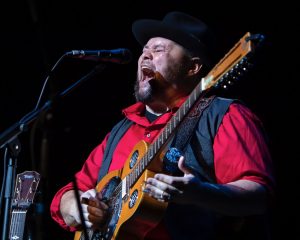 As the winner of the 2020 International Blues Challenge in Memphis, TN, Hector will bring to our stage Outstanding Blues with Authentic Texas Grit. He has traveled thousands of miles in his van paying the costs necessary to become successful as a Blues musician. Including a stop at the Intermission Bar in Downtown Wausau, WI.

Hector will win you over with his Talent, and his stage presence. He is truly a treat for those lucky enough to see him perform with his band. Be ready to be impressed with Hector Anchondo and his Band. 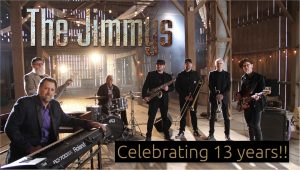 Those of you Familiar with the Midwest Blues Scene will need little introduction to the Jimmys. They are immensely popular in this area, and we at the Great Northern Blues Society are delighted to finally bring them to our stage for the 22nd Annual Blues Café 2022.

The Jimmys is an award-winning festival favorite bringing people together from coast to coast, Canada, Europe, and the Caribbean for over twelve years. The Jimmys feature band leader Jimmy Voegeli phenomenal Hammond B-3 keyboardist, singer and songwriter; an experienced killer rhythm section steeped in blues with Perry Weber on guitar, Chris Sandoval on drums and John Wartenwieler on bass and the icing on the cake is the best horn section in the Midwest — Pete Ross on saxophone, Mike Boman on trumpet and Joe Goltz on trombone. It doesn’t get any better than this – The Jimmys will deliver! Be sure to wear your Dancin’ Shoes!

“Killer horns, greasy guitars, funky keys, and a rhythm section with a heart and soul the size of Brazil. This is a great band that plays blues and everything else in between. Get ready for The Jimmys!”” – Bryan Lee, Braille Blues Daddy

“The Jimmys are one hard act to follow at a blues festival…they’ve got it all: songs, musicianship and showmanship. Great guys. Great Sounds!” – – Tinsley Ellis, recording artist 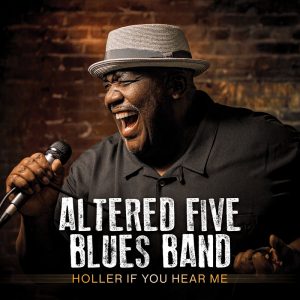 We at the Great Northern Blues Society are Truly Blessed to have the Altered Five Blues Band come back to our stage in 2022. If you come, do not leave early, or you will miss an act that is balancing on the edge of ‘Breaking it Big’ on the International Blues Stage!

Videos:
Guilty of a Good Time
Holler if you Hear Me
Full Moon, Half Crazy 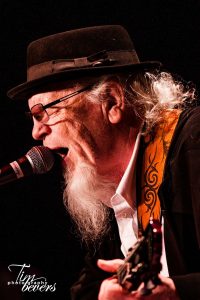 “As you watch him play, you may notice that the majority of the time he closes his eyes and listens to something deep inside. ” – Frank “Frog” Seebantz

During his career, the road he has followed is fairly typical of his generation of artists, fueled by excess, and tempered by passion. But all through the good times and the dark times have remained an urgent desire to perform, to write, and to sing. Of his desire to play, [Murphy] says, “You know, it’s like being on a therapist’s couch when I’m on stage!”

“A Different Shade Of Blues” describes his creative and entertaining playing style. His playing style is a more aggressive interpretation of the blues that is driven by passion and guided by his heartfelt emotions.  As he stays true to the feeling of the blues, Murphy takes a different approach by delivering a mix of traditional with a twist for the unexpected.  Come spend an evening with him as he paints the night with colors from his palette of emotion, passion, and love of his craft, with brushes made of wood, steel, and voice.